Did you know that Smart Cities are all about Women ?

A smart, knowledge based economy is the basis of an evolutionary society. Smart cities are not the buzz words that they may be determined to be by many skeptics.Smart cities pave a way to a safe, smart urban environment- the tenets of which are based upon knowledge, information and learning.

Not only it is necessary to identify the different ways women live in a city, but also to underline the active role a woman can have.

We live in an urban world. Our cities contain more than half of the world's  population, and in the next few decades, a huge part of the population will gather up in conurbation.

This urbanization process is brought to complex dynamics, in terms of economic and social environmental impact.

The concept of “smart city”, in its resultant sense means an urban environment which is able to actively operate in order to improve the quality of life of all stakeholders in the process.

The smart city is able to conciliate and satisfy citizens, business and institutions exigencies.
Cities that do not share intelligence, technology, information, knowledge, environment and people are sans basic resources and unlivable by this very definition.

However, the transformation of an urban cluster into a smart city will not happen only through high technological interventions. A smart city needs to be rethought with a long term view and with an integrated approach. 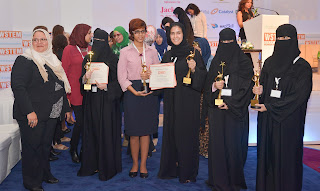 There is no "smart" in an environment without intellectual capital.

At the crux of the smart city challenge there is the need for establishment of a new kind of common good, a big technological and intellectual infrastructure able to put into communication human and objects, completing information, but, above all, there is the intelligence generation and the creation of inclusion, with the goal of improving our everyday life.

When we talk about “smart cities”, we talk about intelligent residents.  So, from the social point of view, the main role of the human and relational capital is key to the successful impact for smart cities.

A smart city is a city where its community has already learned how to comprehend, innovate and be flexible, with particular attention to the achievement of social inclusion of its people and to the participation of  its citizens in the urban developing and planning process.

The scientific, technological and economic process needs to be combined with a new way of thinking which is inclusive towards science, technique and its ultimate use cases.

To make this happen, a huge investment will need to done in competency development. These competencies are not only basic but scientific, technological and knowledge based proficiency.

Women represent more then a half of the market and their buying power is considerably high. 80% of the worlds' purchase decisions and power to influence decisions are women dependent.

Women carry decision making, education, nurturing, discipline and adoption at the core of their skill set, a very important task if we think about the future generations. In a highly urban renovation view, where adoption is key,  it means  that the possibility of having a good vehicle to transfer information to the youngest is primary to its success. Can a smart city plan dare to leave the impact and influence of women out of its purview? Definitely not. 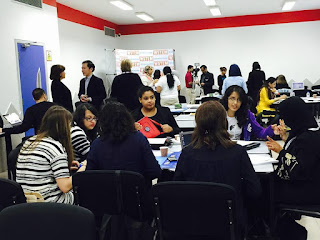 Women  are critical  to  the adoption of a  complex vision.

They are critical to inclusion in diversity in a smart city and to permit the arrangement of a recommendation plan in order to promote an intervention action with the goal of creating a foundation which is necessary to design processes of co-planning, worthy of a smart and a more inclusive city.

My favorite instance for this is that unless women get involved in building products and services that they use themselves, the perspective on better utilization and adoption of a knowledge and smart infrastructure will be extremely biased towards the needs of only the men. The cure for women having heart attacks was administered based on research done on male rats. Till women themselves got involved in the R&D process, it was never realized that the administration of drugs to a woman's body is a different scientific process.

The inclusion of women is primary to the cause of smart ecosystems. Women will be the 80% of decision makers and influencers, they will also be 50% of direct users and in charge of smart decision making for their homes and families. This is the time for women to come forward to take charge of the ecosystem that can change their lives.

On Feb 18-19, 2016, Dubai will host women who will be the front runners in building smart ecosystems from the perspective of women. Register to be there whether you have technical skills or not. There is a role for everyone at  http://hackathon.womeninstem.com/.